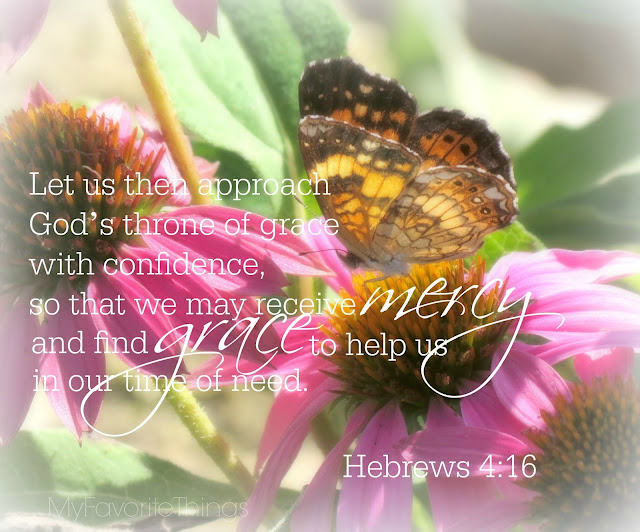 They are two words that seem to cause some confusion.
Is it grace or is it mercy?

After doing some reading, I realized that these two little words could start a theological debate. Shows how much I know...and that's not what this post is about.

But I will share these few sentences from the article because I think it explains my post perfectly.
~*~*~*~*~*~*~*~*~*~
Although they are similar expressions of his favor and love, they possess a clear distinction.
When we experience God's grace, we receive favor that we do not deserve.
When we experience God's mercy, we are spared punishment that we do deserve.
~*~*~*~*~*~*~*~*~*~
Our family was a witness to such "unmerited favor" just yesterday.
Anyone who follows my blog, no doubt has read about our son's struggle with alcohol.
You may have read about his brokenness, his road to recovery and his victories.
His life is being transformed, praise God, and I will not take one day of his sobriety for granted.
But as wonderful as all of this has been and still is,
we all knew the time would soon be coming to face the music.
The laws that were broken...that finally broke him...had to be dealt with in court.
So it has been a tense week in a couple of Ray households this week.
He was facing a minimum of 120 days in the county jail,
a place not fit for even the lowest of the low.
Prison would have been an improvement.
~
To say the least, the past nine months of Aaron's life have been quite different.
He has a daily walk with the Lord now and that has made all the difference in his life.
The time he spent at the Potter's Wheel has changed him into a new man,
one I barely recognize at times...but I love it! 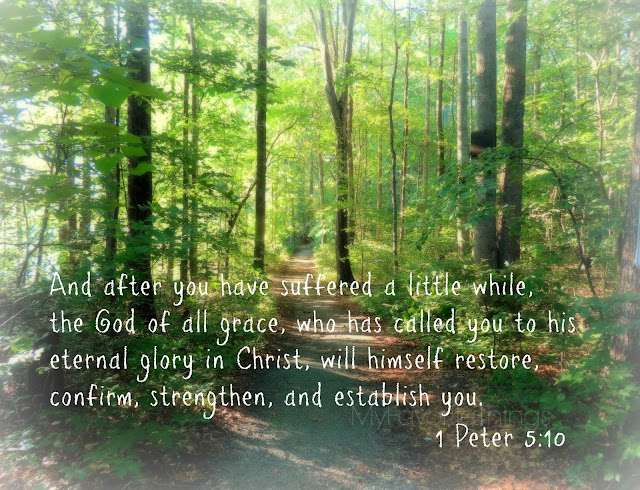 Yesterday, Aaron, accompanied by me and his dad, his fiance' Michelle,
our pastor and five other friends (his and ours) met before court in the attorney's office.
Mr. Attorney took statements from each of us about our relationship with Aaron
and told us that the judge (depending on who it was) may allow us to speak on his behalf.
He also told us that never in his entire career, had he seen a client who had been so transformed
after going into a drug/alcohol treatment program.
He also cautioned us that the judge may not consider the time he spent there
towards any time served because it wasn't state funded.
He was preparing us for the worst case scenario. 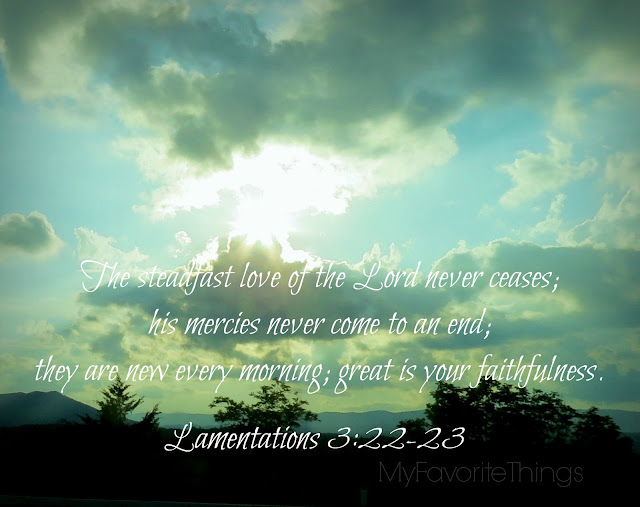 Just sitting in the court room is enough to break your heart.
It's a revolving door, it seems...sad to see so many young people in trouble with the law.
They finally called out Aaron's name and it was time.
His line of supporters filled the first row of benches on both sides.
Mr. Attorney said what he said, Ms. Judge said what she said and then it was our turn.
One by one we stood and gave testimony to the goodness of God,
about prayers being answered and the changes that we had all witnessed in his life.
Emotions were running strong and tears filled the eyes of nearly all of us.
When asked if he would like to address the court, Aaron said he would.
He then turned and spoke first to each of us, thanking us for supporting him, tears streaming.
He then directed his comments to the others left in the court room.
(this is where it really gets good)

"If any of y'all out there have addictions with drugs and alcohol,
you need to get Jesus in your life and let Him help you take care of it!"
~
The sentence was then pronounced...no jail time, but extended probation and monitoring,
as Ms. Judge and Ms. Assistant D.A. wiped a tear or two as well.
We had church right there in the courthouse!

Did he deserve more punishment? Yes...
...that's why it's called unmerited favor.
Grace? Yes.
Mercy? Absolutely.
Wonderful? Without a doubt.

... for all have sinned and fall short of the glory of God, and are justified by his grace as a gift, through the redemption that is in Christ Jesus...    Romans 3:23-24
~
I want to thank everyone who has been praying for my boy.
I appreciate your continued prayers for him as he meets each new day.
Much love to all of you!

Sharing at:
Spiritual Sundays
Posted by Debby Ray at 6:01 PM