A Medley with an Attitude

A tom cat with an attitude...
...who would have ever thought that ol' Garfield
would have earned his own day to be celebrated?? 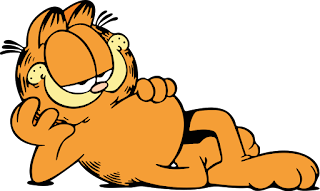 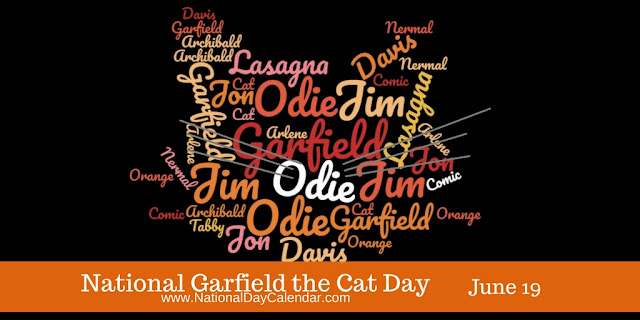 It's Wednesday and once again time for Terri's Wednesday Medley.
So hop on over to her blog and find out everything you always wanted to know
about that crazy cat with an attitude, Garfield.
Just copy and paste her questions to your blog post, answer them and link up.

See ya over at the Medley! 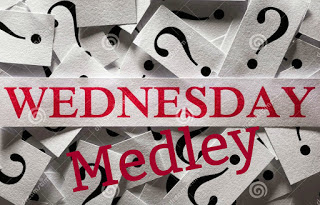 1.  If you have ever followed the Garfield comic strip, you know Garfield loves lasagna.  What is your favorite Italian food?  Do you over indulge when it comes to pasta?

I must admit that even though I am familiar with Garfield, I have never really been one to read the comic strip. I never was really into comic strips except when I was a really little girl and Blondie and Dagwood or Beetle Bailey were among the comics of the day...Garfield came along a bit later on. And until I read this, I wasn't even aware that he loved lasagna...see how out of touch I am? BUT, I do love Italian food and if I had to name a favorite, lasagna would be right at the top of that list. Of course I always over indulge, don't you? That is main reason I don't indulge in it often!

2.  Tell us about your very first pet.  If you have never had a pet, can you tell us about an animal that touched your life in some way? 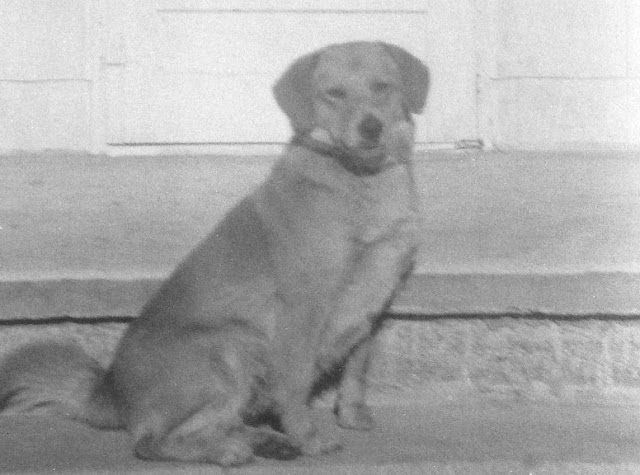 The first pet that I remember was the family dog, Tippy. He was a mut/pomeranian mix and his tail curled up in a perfect "c" over his back. I remember him being a very sweet boy....well, except for that time when he was lying on the doorstep and wouldn't move out of my way so I could get in the house....so I stepped on him....and he had the nerve to nip me in the leg! I have always been an animal lover and have always had a dog or two in my life. It's hard to single out one precious pet from another but I will always have a special connection to this guy right here... 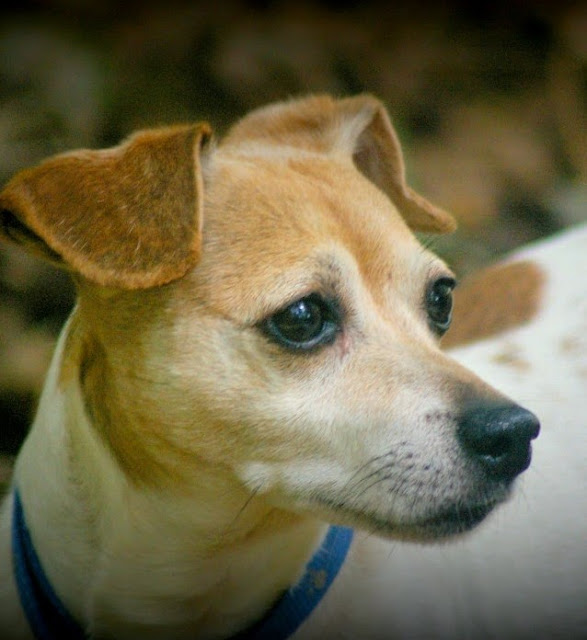 We got Hunter as a tiny pup and he was with us for 13 years. One evening about 4 years ago and completely out of the blue, he had a stroke-like attack and was gone within a couple of hours. I held him against my chest as he took his last labored breath.

3.  Garfield sleeps his day away, only waking to eat or sweet talk his girlfriend Arleen.  How many hours sleep do you normally get each night?  How much sleep do you really need?

I have never been one to sleep in. Even as a little girl, I remember getting up with the chickens even after going to bed relatively late. Over the years, not much has changed...if anything, I probably sleep less. I am up at 4:30 every morning whether I want to be or not. Occasionally I might be able to sleep a little later on the weekends....5 or 5:30... NO KIDDING. I normally go to bed at 10 pm so you can do the math....6 1/2 hours of sleep would probably be the maximum if you don't count the times I wake up throughout the night even though I am able to go right back to sleep most of the time. I really don't think I require those 8 hours of sleep that "they" say I should be getting. Who are "they" anyway??

4.  Garfield lets the mice in the house have their way.  When was the last time you had to chase out a little varmint?

Just let me say that we haven't had a mouse in the house since the feral cats started coming around and we began feeding them. I would guess it's been over a year...and when you live in the woods, having an occasional mouse in the house is just something you learn to expect...but I don't miss see their little beady eyes one iota! 🐭

5.  Garfield also loves his teddy bear Pooky. Did you have a favorite stuffed animal when you were young (or now!)?  If you didn't or don't, what about someone you know?

I did have a special teddy bear that I pretty much wore out. I remember my mom sewing his eyes back on and stitching up worn areas many times. I had many other stuffed animals too and I always treated them gently...never did I throw them around or leave them in an "uncomfortable" position. Whenever I would see that someone else was being rough with them, I always put a stop to it and made sure they were all lovingly placed together so they rested well. In my mind, those sweet little stuffed animals had feelings too...and I must admit, to this very day, it hurts my heart to see stuffed animals that aren't treated kindly. You just don't even know how hard it is for me to buy a gently used stuffed animal at Goodwill to give to my dogs to play with! I know...I'm just weird.

6.  Please tell us something about your week, so far!

Dylan, grandson #2, walked the aisle to Pomp and Circumstance this past Saturday! Boy, it sure makes this Mawmaw feel old! Where did that chubby little boy go? We are so proud of him and are looking forward to him being able to fulfill his dreams of serving in the Army very soon. His daddy, Aaron, couldn't have been more proud of his baby boy! 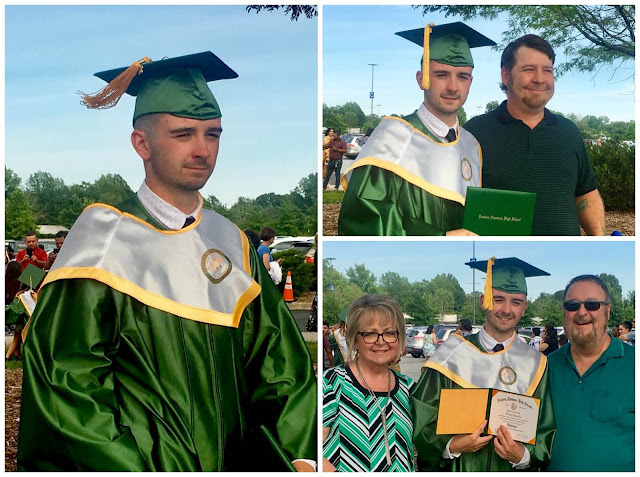 And yesterday, June 18, marked exactly six years since I hit the "publish" button for the first time, sending My Favorite Things out into the blogosphere. I know six years doesn't seem like such a long time compared to how long some of you have been blogging. I never dreamed nor would I have believed it if anyone would have told me how it would be possible to "meet" so many wonderful and dear friends....many of them, kindred spirits, really. So Happy Blogiversary to me! 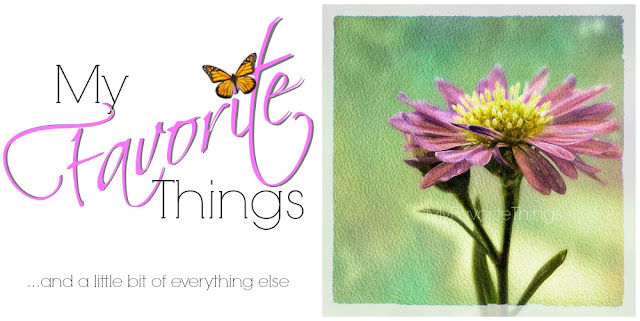