A Dickens of a Christmas (in more ways than one)

What? How can this be?
Another post from me...so soon??

It's really unbelievable that Christmas has already come and gone, isn't it?
I trust that everyone enjoyed a wonderful Christmas...I know I did.
I had part of this post ready to publish over a week ago...
...that is until it happened.
I have been without internet service until just yesterday.
More about that later on in the post.
~
So on Sunday, the 15th, we drove over to Franklin, TN (about 30 minutes away)
to take in a little bit of Christmas nostalgia. 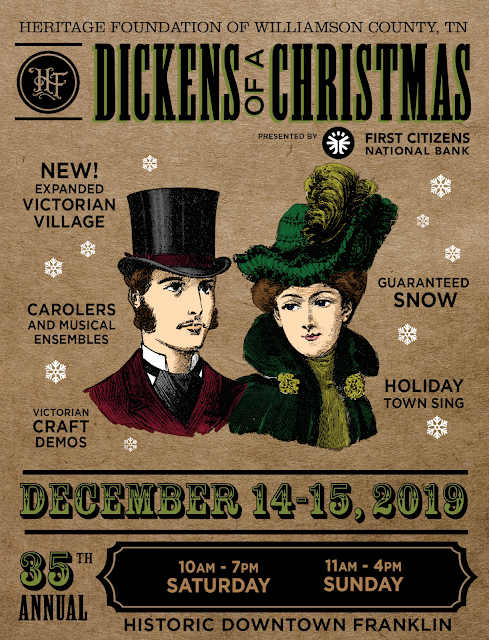 It was the 35th Anniversary of A Dickens of a Christmas, a street fair in the heart of town.
We had attended this several years ago but all I remember was that it was so cold and blustery,
we weren't really able to enjoy it much and we stayed long enough to buy a bag of their
fabulous kettle corn that they make out on the square.
This year the weather was just about perfect as we made our way through the maize of people.
I'll let the photos speak for themselves. 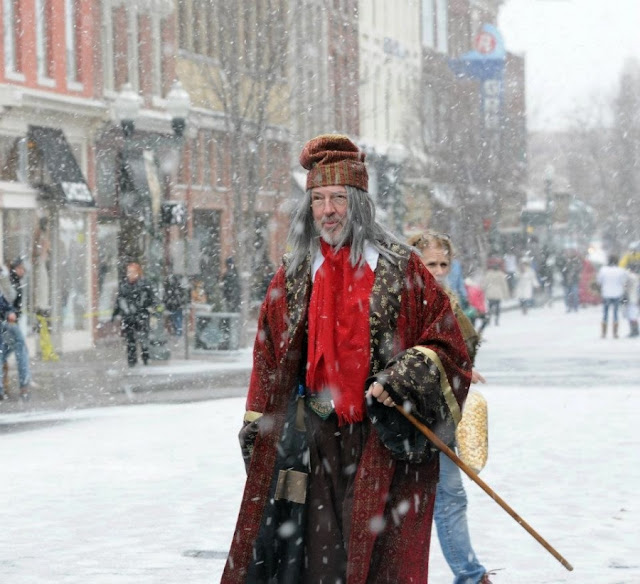 source
The only thing missing was the snow. I borrowed the above photo that was taken a previous year. 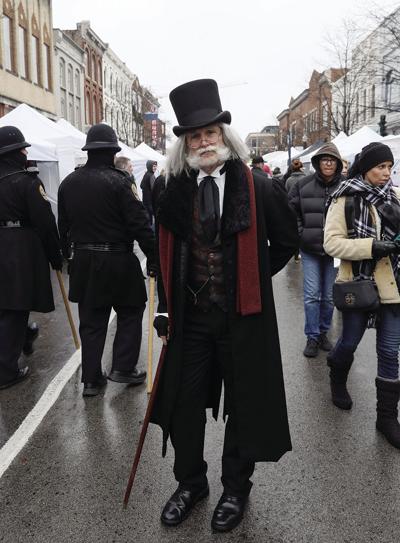 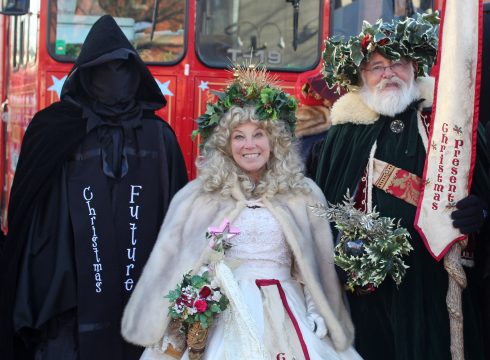 source
...and of course his three visitors. 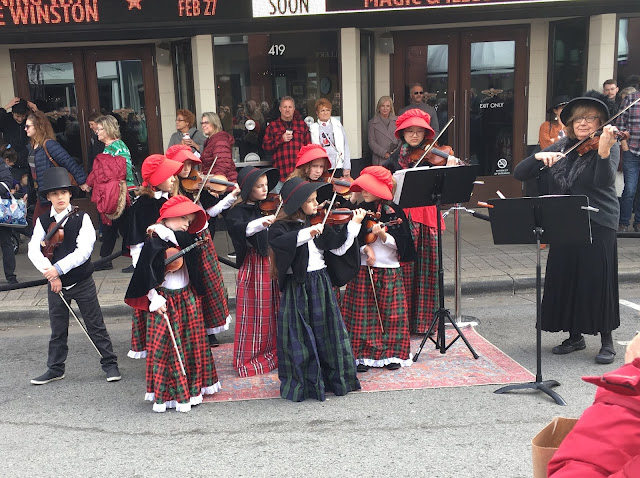 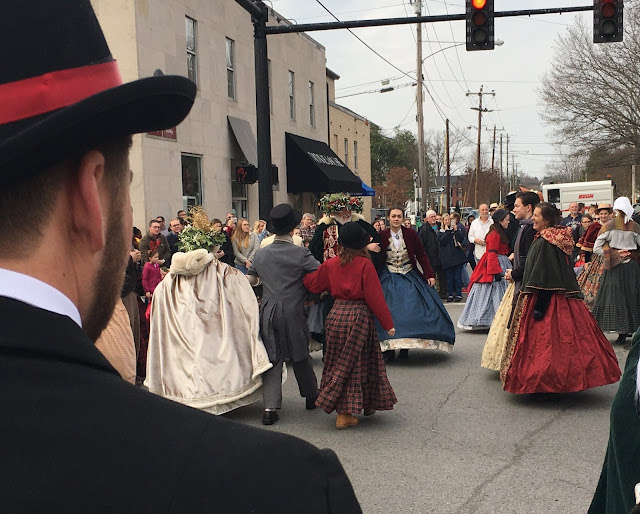 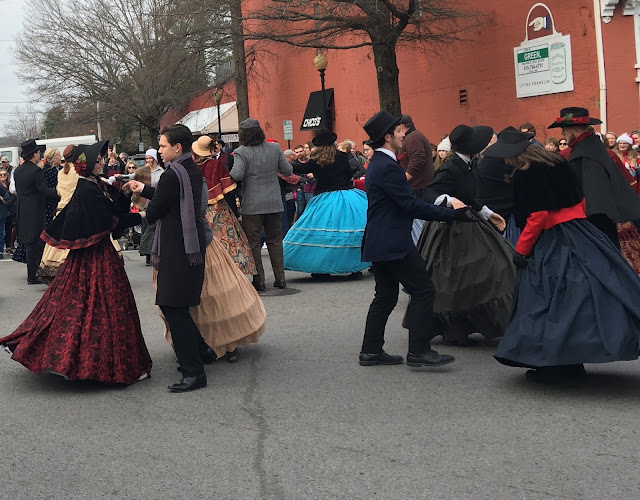 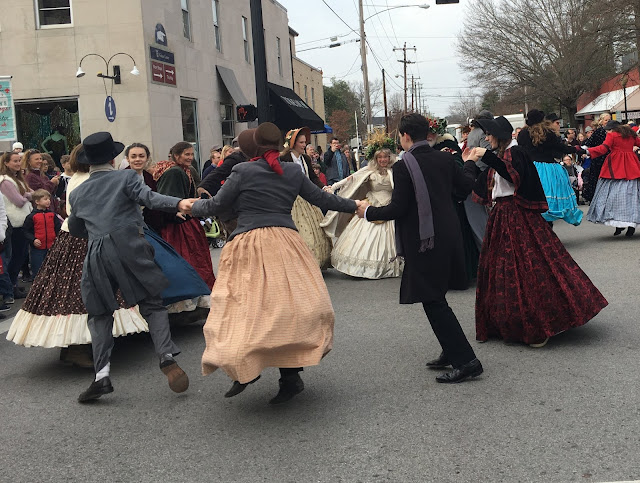 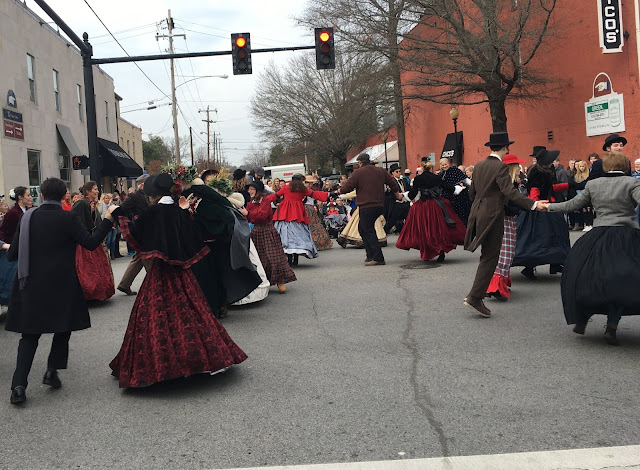 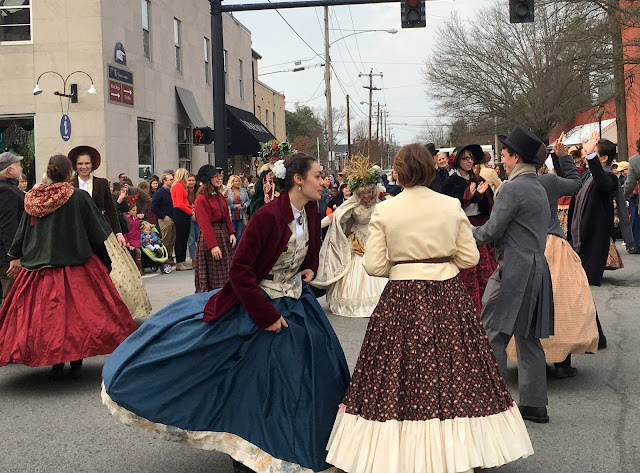 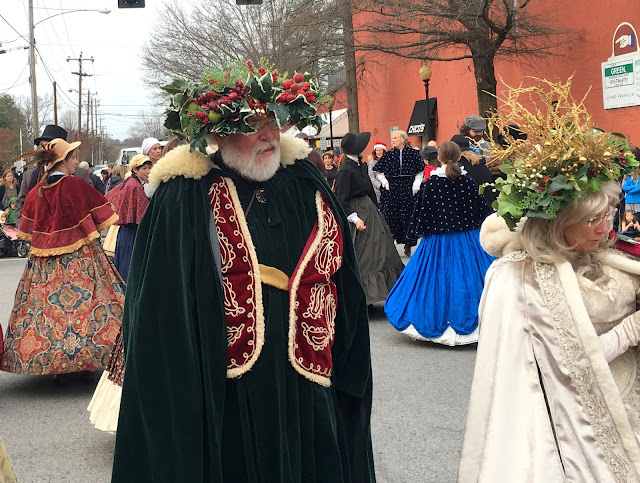 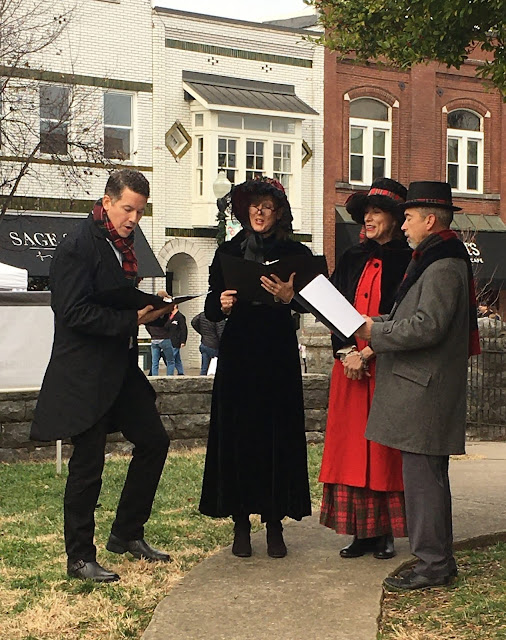 It was almost like stepping back in time...
...that is, if you could ignore the huge crowd of modern day onlookers...and the traffic lights.
Like I said, almost. 😉

So the next day our Olivia turned eleven and this particular birthday is one that will no doubt
be forever ingrained in our memories for a long time to come.
A warm front that was moving through had churned up some nasty storms
and by later that afternoon, it had become so dark it looked like dusk...
...but never imagined in a hundred years what we were in for.
Sometime around 4:00, it began raining very hard and let me tell you,
inside of the RV it sounded like we were being riddled with BBs.
Carrie was inside of the house getting the party table set up, Adam was still at work,
Jim was on his way home from picking the kiddos up from school
and I was alone in the RV (probably watching Judge Judy)....then it hit...
...the loudest bang of thunder I've ever heard followed by a blinding flash of light.
I immediately called Carrie (in the house) and through a panicked voice
she told me that lightning had struck the house.
The light bulb in the fixture directly above the birthday table had exploded
and blown clear across the kitchen!
Some of the breakers were blown but there was power to parts of the house...
and then she began to notice the odor of burnt wiring...you know, that electrical smell.
Jim was halfway up the driveway when he heard and saw it hit
and Adam literally must have flown home from work.
Carrie called 911 and it was only a matter of minutes before what seemed like every emergency vehicle in the county and the power company had found their way up the winding driveway. 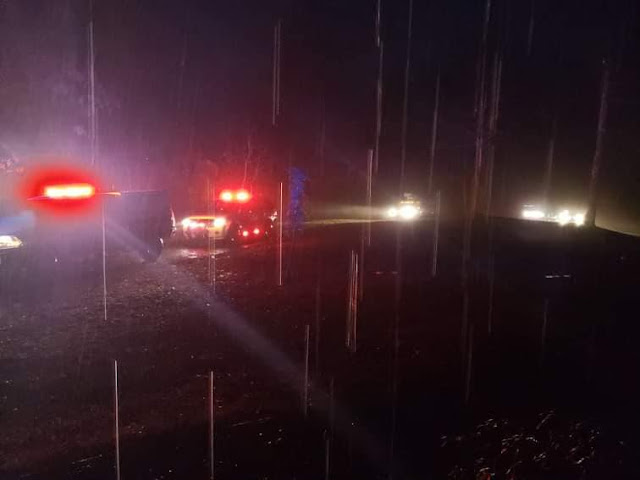 The first responders were surely on their game! 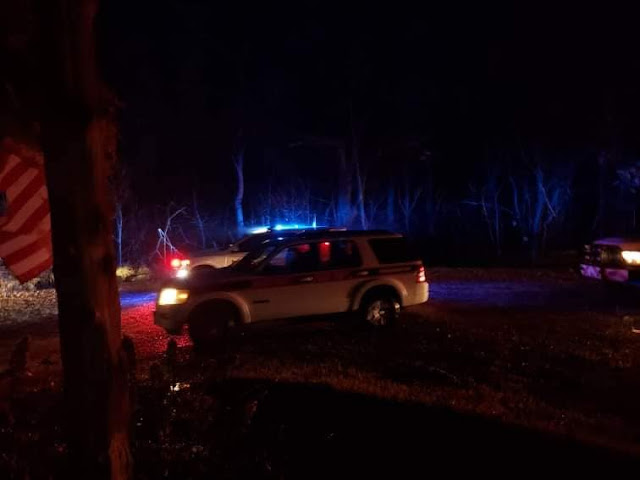 By then it was pitch black and still raining hard but the lightning was farther away.
After about an hour everything was checked out, the rest of their power had been restored
and the "all clear" was announced.
It was finally time to par-tay! 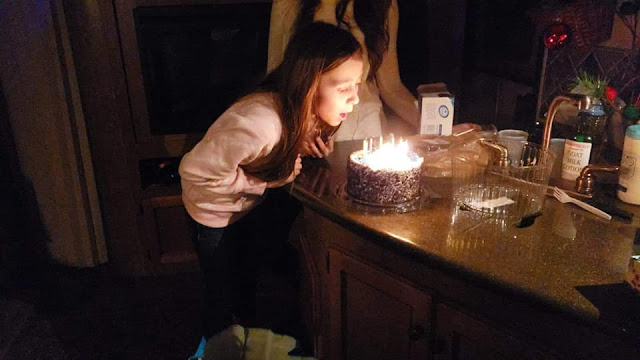 So the little party was moved out into the RV since broken glass was still all over the place...
good thing the cake was still covered!
But it was a quick little party to say the least.
~
Later that night, the damage began to show up when it was determined that many of the
major appliances didn't function any more.
The washer (which was full of water and clothing in mid-cycle), the kitchen range, the microwave, the dishwasher and the internet router all got fried!
The next day more things were discovered as well...
...also on the fried list was the well pump (discovered after we ran out of water),
the thermostat to our heating/cooling unit in the RV (since we are plugged into their house),
and various other smaller things.
Then these thoughts crossed my mind..."What if the lightning had caught the house on fire?"
"What if it would have struck the RV and ignited the propane tanks?"
But of course these things did not happen.
God had His hand on us and protected us from what could have been a real tragedy.
For that, we are truly thankful.
~
After something like this happens, one never knows what might be hiding in unseen places
so on Monday the power was shut down all day while everything was checked out thoroughly and major electrical panels were replaced along with a thorough inspection.
Oh yeah, and Christmas came a few days early for Adam and Carrie.
There is always light at the end of a tunnel and they now have a houseful of new appliances.
Thank goodness for a good homeowner's policy!
We didn't have to have a Crockpot Christmas after all!
~
So as this wondrous Christmas season winds down and we prepare for the New Year,
I'll end with this...and no one said it better than Tiny Tim, himself...

God bless us, every one!

Much love to all,

Debby Ray
I am a transplanted southern girl, raised in Ohio, now living in Central NC. I am the baby out of eight children and being a part of a large, crazy family has been the biggest blessing of my life. I have been married to Jim for 43 years and we have two adult sons, three grandsons, one grand daughter and two weenie dogs, Oscar and Tasha. I love the Lord Jesus and do my best to live for Him, although at times, I fail miserably...His grace amazes me. I love capturing the beauty of the Creator through the lens of my camera and I pray that my humble little blog is an encouragement to all who visit! Blessings, Debby