No...not me...Lord know's I could use one though...lol!
~
We found her at a yard sale near Fancy Gap, VA,
sometime during the years we had our cabin.
There she sat among several other diamonds in the rough.
She was white and chippy and there was $40 price tag on her.
That's right, FOUR OHH!
Evidently, her owners had no idea what they had or what she was worth.
All you have to do is google vintage glider...
...they are in high demand and you usually can't touch one for less than $$$.
(That's a lot of chicken feed, by the way) 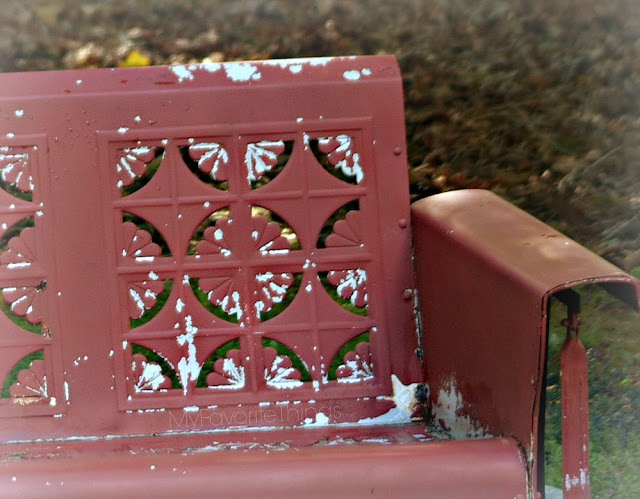 Her design is called "Pie Crust".
I found that out too while I was googling.
It does kinda resemble a pie (mmm...pie!) doesn't it?
~
She spent the next several years of her life this color...I call it primer red.
That's because it is...primer :)
(it matched the metal roof of the cabin perfectly) 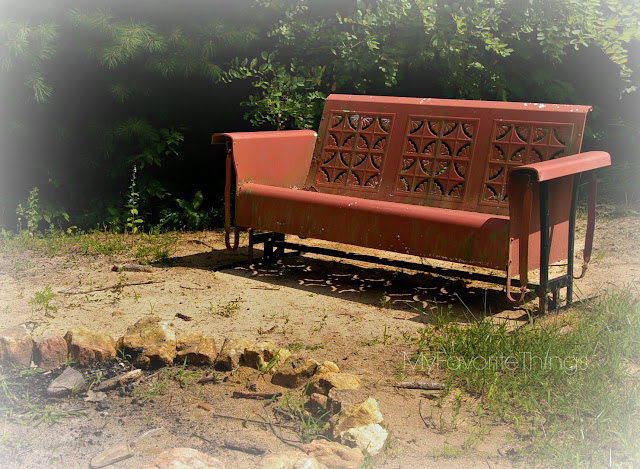 She sat out in the yard of the cabin overlooking the fire pit,
until we moved her to her new home in NC....also out by fire pit. 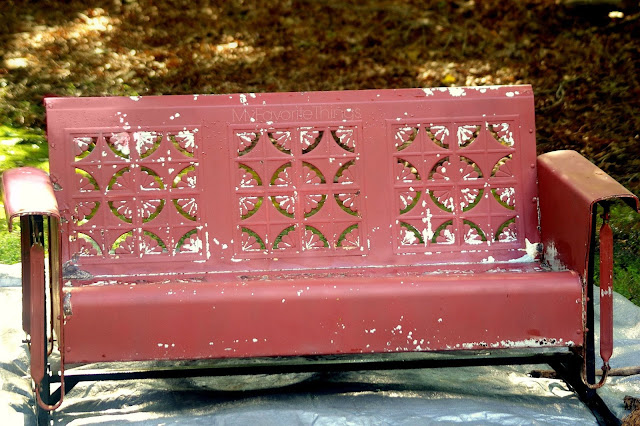 So for years now, she has been sitting out in the elements.
Through rain, through snow, through sleet and ice.
Can you tell?
~
I have to admit, every time I looked out the kitchen window at her,
I felt bad that she was out there, all alone...and looking quite miserable, nonetheless.
A couple of months ago when we decided to add a front porch,
she was the first thing that came to mind.
I knew right then and there that she would have a new place to rest...
...BUT she really needed to have some work done...if you know what I mean!
~
So I went to work on her.
There was a lot of chipping paint that needed to come off before hand
so I performed a little dermabrasion treatment with a wire brush.
I wasn't about to try to remove all of the old finish...only the loose stuff.
She is vintage after all and chippy is good, right?
After I got her all cleaned up, I didn't think she looked too bad.
Rusty and crusty is kind cool and chic, after all.
~
I sprayed her with Rust-oleum Painter's Touch in Moss Green Satin.
And just let me throw this in...see that little gripper handle? 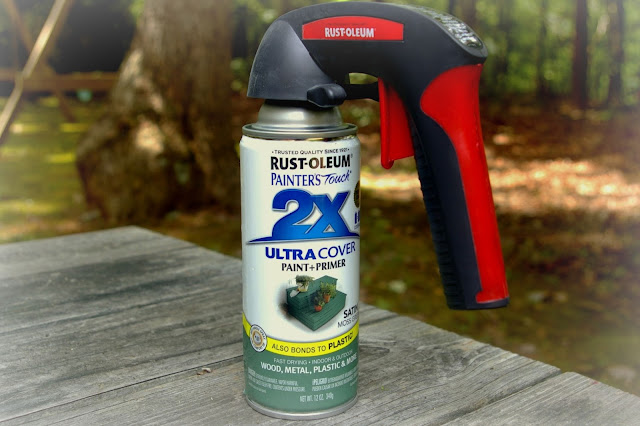 Well, let me just say that you won't catch me using spray paint again without one of these babies.
After nearly killing my finger (actually my whole hand and right arm), I finally got smart.
Sometimes, it takes me a while :) 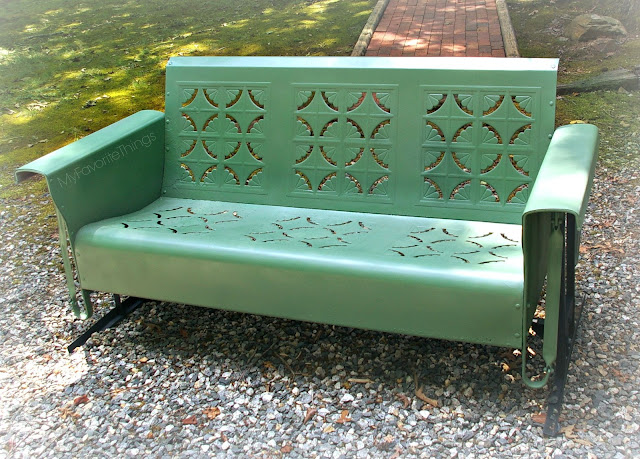 So here's what she looks like as of today... 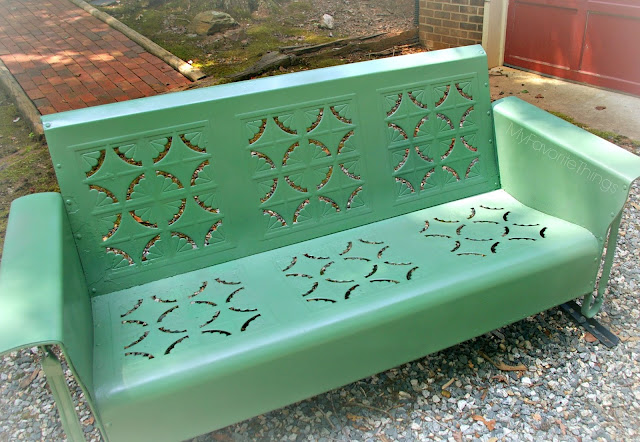 I'd say the facelift took about 50 or 60 years off of her!
I really like the color...it's quite "vintage-y", don't you think?
And of course she'll be adorned with a lovely seat cover as she rests in her new home.

Right after my new front porch is completed.

Whenever that is.
~
I hope y'all have a fabulous weekend!

Sharing at:
Amaze Me Monday
Roses of Inspiration